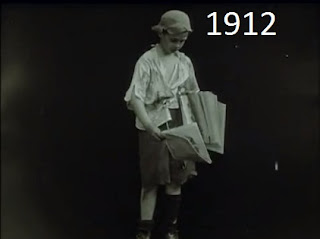 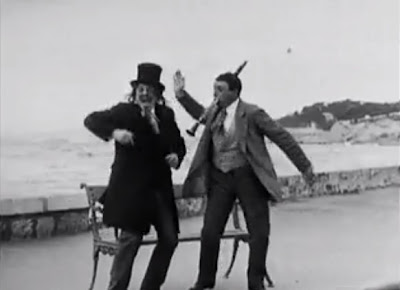 When three winch-operating workmen unapologetically drop a wardrobe onto his head, Artheme’s clarinet becomes impaled through his mouth and skull, leaving him literally speechless. However, other members of the public are more sympathetic to his plight, offering their services in the attempt to remove the offending item. Never the less, the task proves a decidedly difficult one, in Servaès’s agreeably cartoonish slapstick comedy. 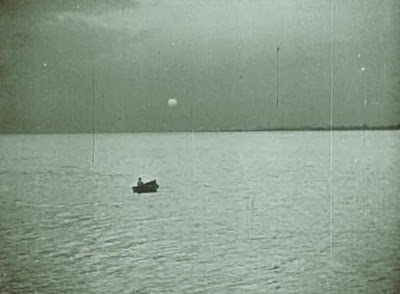 The Land Beyond the Sunset | Harold M. Shaw | ★★★★★
Forever abused by his alcoholic grandmother, an impoverished, orphaned newspaper boy escapes his wretched home-life for a day, when he goes to the countryside on a charitable outing for poor children. Whilst there, he is regaled with a story about a young boy who makes an escape from a wicked witch. Aided by fairies, the story’s protagonist is taken on a boat journey across the sea to The Land Beyond the Sunset, where he lives happily ever after, proving an inspiration to the young boy in the process, in this Edison Studios production—an affecting, beautifully crafted short, which expertly juxtaposes fantasy and reality for maximum impact. 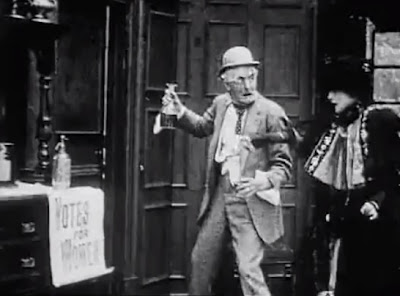 A Suffragette in Spite of Himself | Ashley Miller | ★★★★

When two mischievous young boys pin a “VOTES FOR WOMEN” poster to his back, a cantankerously old fashioned gentleman finds himself an unwitting supporter of the suffrage movement—an unlikely situation made farcical by his inadvertent assault of an anti-suffragist, his accidental smashing of a shop window, and the fortuitous act of his becoming chained to some palings, in this hilarious, well-crafted farce.